Scott Soshnick is the editor-in-chief of Sportico, Penske Media's new sports business platform. He joined Sportico in April of 2020. Prior to joining Sportico, Soshnick spent 27 years at Bloomberg News, where he spearheaded the global news agency's sports business coverage. He also created and co-hosted Bloomberg's Business of Sports podcast. Soshnick has appeared on a number of national programs, including ESPN's Outside the Lines. Soshnick graduated from Syracuse University in 1992 with a degree in broadcast journalism from the Newhouse School of Public Communications He resides in New Jersey with his wife and son, and can often be found in a hockey rink somewhere in North America. Soshnick has won multiple National Headliner Awards.

Turner Sports has rounded up a foursome for its third incarnation of The Match, a charity golf event the…

When venture capital funds began investing in DraftKings shortly after its founding in 2012, it wasn't clear…

Jared Smith is stepping down as global chairman of Ticketmaster at the end of the year, a move that should…

Employees of the New York Mets are getting their full salaries back. The Major League Baseball team, which is…

Billionaire Michael Rubin, founder and executive chairman of Fanatics, has increased his equity in the…

Executives with significant NFL experience are bringing another SPAC to market with an audacious goal: build…

Billionaire Steve Cohen has reached an agreement to buy the New York Mets, according to a person with direct… 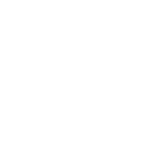 The Business of Sports

Featuring this week's podcast with Scott Soshnick and Eben Novy-Williams

Everything You Need to Know About the 2020 Cannabis Ballot Initiatives

Powered by WordPress.com VIP
ad
To help keep your account secure, please log-in again.
You are no longer onsite at your organization. Please log in.
For assistance, contact your corporate administrator.